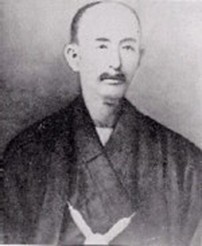 One of the most significant principles of Bushido was and is that of honor. Described to laymen as “nobility of the soul” this principle has to do with nobility of purpose and a precise and defined code of conduct and personal integrity. While the Samurai indeed had privileges of rank, they also had an obligation to serve the needs of the community and the ruling class.

In modern society, there has developed a “whatever works” mindset, a “the end justifies the means” and a very “me” oriented approach that is appalling to the true warrior. Any of you that have served in the military or law enforcement know the sense of trust that you develop with your team members as you watch one another’s backs. In those situations, there is often value placed diversity and I am proud to say that it is the same in the OSMKKF. Diversity of ethnicity, religion, culture and background are valued. Honor!

This same allegiance to others, the responsibility of “having someone’s back” and that sense of duty is seldom seen outside of the military or the true, classical martial arts school today. This process begins with a true understanding of your core values and what you believe in strongly enough to die for. Honor and integrity are doing the right thing because it’s right not because it’s expedient. It’s doing the right thing even when no one is looking. Living with honor is the warrior’s way.

Face it, we are all terminal and as far as we know, have a limited time on this planet. What kind of legacy will you leave behind? Where is the honor of what you do in your thoughts, deeds and actions on a daily basis? Once you have the answer, then you teach that through being the proper role model and the type of teacher that demonstrates the honor that has been handed down from teacher to teacher for thousands of years, and the principles of the “warriors way”.

As I have mentioned frequently, the ancient precepts and concepts of the code of Bushido not only work today but also should be adhered to not only amongst us, the warrior class, but also by the average person on the street.

Having experienced multiple tragedies just recently in our society I can’t help but think that if our society was more in tune with the precepts of Bushido rather than the sick instant gratification and cheap thrills of video games and movies one more violent than the last we wouldn’t be faced with so many acts of random and unspeakable violence.

We, as warriors, martial artists if you prefer, need to take seriously and live the honorable existence that previous generations of warriors lived, modeled and taught. We can make a difference in our world, one person at a time by living with integrity, honor, purpose and following the “way of the warrior”.