Visit our dojo today to begin your journey. Develop practical skills to defend yourself no matter how young or old you are. Train under a teacher with over 50 years of experience, and a direct link to Okinawa for training and certification!

No time to call? Use our quick form for:
• Start with FREE Online Training Sessions until we return to the dojo!
• Develop Skills to Defend Yourself
• Train under a teacher with over 50 years of experience, and has a direct link to Okinawa for training and certification!

I have attended and seen a lot of training. However, Sensei Ader is by far the best instructor I have seen or trained under, both in a dojo and out. He possesses the unique qualities of a great teacher using education, inspiration, and devotion to student’s growth as his hallmarks. As a teacher he is doer, personally instructing all students at all levels. As a karate man his skills are superior however his humility is unparalleled. Anyone that has the fortunate opportunity to train under Sensei Ader will be a better person mentally and physically for the rest of their life from the lessons learned from him. You are missing a rare opportunity working with Sensei Ader. What are you waiting for?

I have been training in Karate for approximately 4 1/2 years now and I look forward to every training session. Before I first started Karate I had played a lot of different kinds of sports, soccer, ice hockey and several others. I had a certain number of sports injuries from the past. After starting Karate, my back pain and the other injuries began to feel better and better. The flexibility training and the body toughening, along with all the movements we perform through doing Kata and sparring really make me feel great. I also really like doing all the weapons training. I no longer have any back pain and am continuing to sculpt my body into a solid form that really makes me feel good. Karate is great for mind, body and spirit. I would recommend Karate training to anyone who is serious about wanting to learn self defense, and who wants to improve their fitness, on a physical, emotional and spiritual level.

Sensei Ader and his dojo are second-to-none. Unlike most of the belt-factories you’ll find in modern-day martial arts facilities, you’ll not only develop top-quality techniques with superior form here, you’ll benefit from Jeff’s knowledge and uncompromising character, and likely come away with some life-long relationships. I highly recommend you check out this dojo, based on our four-and-a-half years of experience with our daughter thus far.

If your interested in learning the true essence of Okinawa martial arts there is no other. Hanshi Ader is an icon in the Martial Arts world with his passion & direction for all students of the Arts. I know many Master / Grand Master’s of different Martial Arts & hold this program top of my list. Are you tired or hesitant to join a program for yourself or family member visit All Okinawa Karate & Kobudo you won’t regret it.

This is a family. If you fall, we are here to help. If you a struggling with something, someone has been there before.

I have been a student of Sensei Jeff Ader since 2007, he is a true treasure in the world of Martial arts.

Looking to stay active during the coronavirus pandemic? Sign up for online classes with Hanshi Ader today and receive top quality karate instruction for you and your children from the comfort of your own home! New students start online for FREE until we return to the dojo. Fill out the contact form on this page, call 719-232-1882, or email hanshi@allokinawakarate.com for more information! 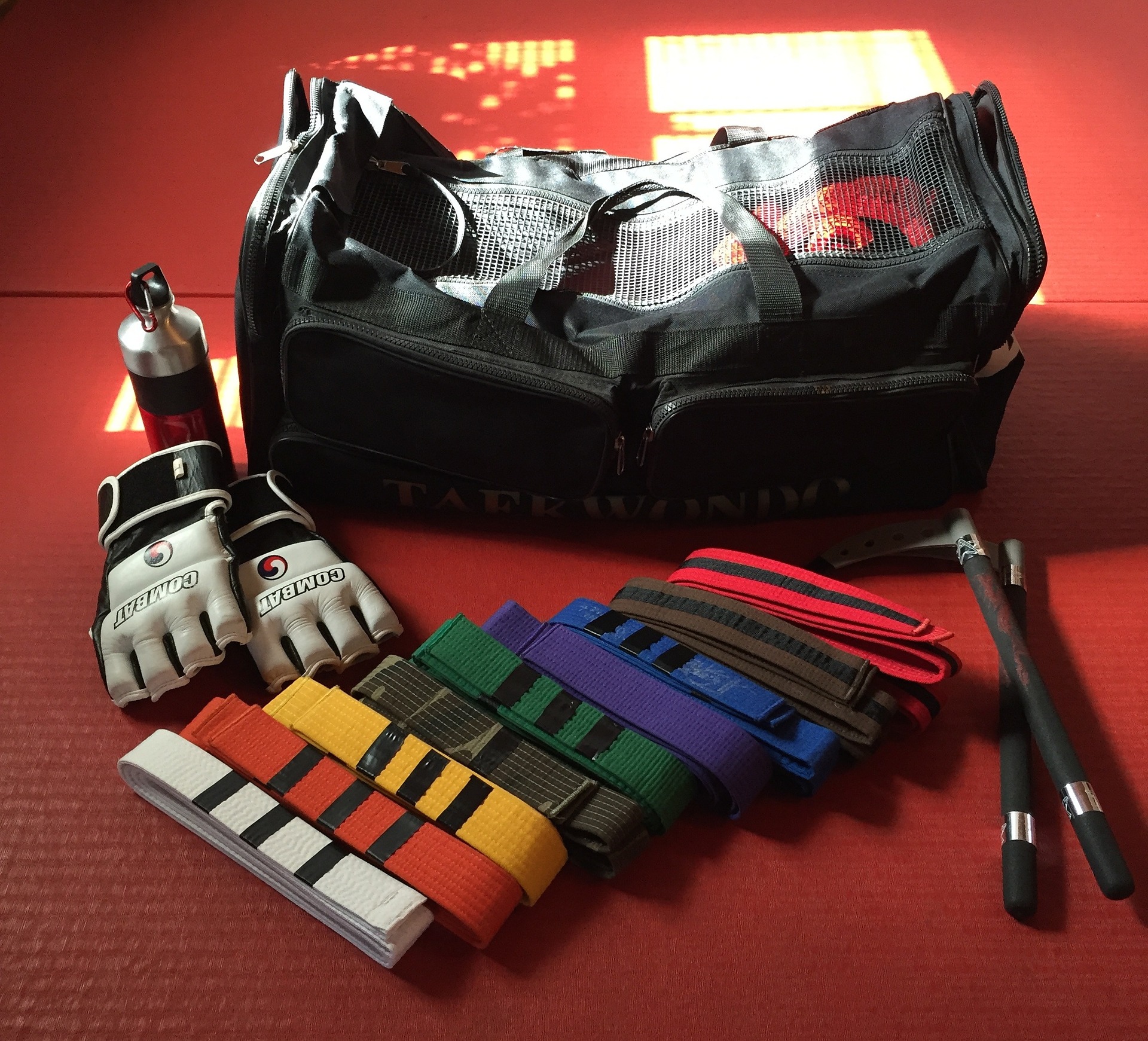 Life gets busy, and it’s not always possible to make it to your kids’ martial arts classes each week. You may also be wondering what to do if your children’s studio is closed during the COVID-19 pandemic. One of the best solutions is to allow your kids to hone their skills at home with their own practice studio. Here’s how to set up your own martial arts studio!

We are professional, experienced martial artists and instructors many of whom hold graduate academic degrees and advanced martial arts certification.

What do we teach?

We teach a traditional form of Karate, Matsumura Seito, that has been in existence for more than 200 years. The concepts and techniques that we teach and train in are as valid today as they were when they first came into existence. The curriculum is designed to be practical and functional and yet develop the character traits we all aspire to.

Why do we train?

We teach and train in the traditional arts because we understand the value of today's society. The lessons that we learn in the dojo enable us to become more physically fit, emotionally balanced and intellectually aware and alert. We also are propagating an art that is in danger of extinction unless we share its benefits and secrets with the modern world.

What can we do for you and your family?

We can help you to become more self-assured, more focused, more fit, more disciplined and more emotionally balanced. Participants in our programs have become more successful in school, career and family relationships. You will learn to accept challenges and to set and achieve goals that were once out of reach. Our classes, seminars and private lessons are designed to help you adapt to the threats, challenges and opportunities that exist in our world today. Don’t wait. Get involved today and enjoy the positive changes that take place as you experience the finest in Martial arts training at the All Okinawa Karate and Kobudo Dojo. Call or email TODAY!

NABE MATSUMURA brought the old Shorin-ryu secrets into the modern age. His name does not appear in many karate lineage charts According to Hohan Soken (1889-1982), the purest teaching of Matsumura’s Shorin Ryu was carried on by Matsumura Nabe (c.1860-1930). He received training in the family style of Matsumura Shorin Ryu which also included the secret techniques of the white crane. The white crane system was reputed to be a secret family style that was only taught to immediate family members. In his later years, Nabe Matsumura was referred to as Nabe Tanme or “old man” Nabe. He was known to be a stern and disciplined teacher. He had only one student, Hohan Soken. It is said he was one of the top karate men of his time. He passed on his menkyo kaiden to his nephew, SOKEN HOHAN

The next successor in the lineage of Matsumura Shorin Ryu was Hohan Soken(1889-1982). He began training at age thirteen under his uncle, Nabe Matsumura. Soken had to work in the fields as a youth in spite of his Samurai heritage. This was due to a political reorganization in the Ryukyu Islands and all of Japan as a result of the Meiji restoration. After ten years of basic training under Nabe Matsumura, Soken began learning the techniques of the white crane or Hakutsuru. This was in 1912 when he was twenty-three years old. According to Soken, this was a secret technique or training methodology which was confined to the Matsumura family. Bushi Matsumura had learned the white crane system in China. Soken’s instruction in the white crane technique emphasized balance training.

In 2001 the Government of Japan gave their Seal of Approval to the accuracy of Master Kise’s book. They have stated that he (Grand Master Kise ) is the sole true heir to Matsumura Orthodox Karate, being passed down to him from Hohan Sensei. This has been entered into the official Government Archives. This means there can be no more disputing the Lineage of Matsumura Orthodox Karate. It belongs to our Grand Master Kise.

In April of 2001 Grand Master Kise was selected by the Japanese Parliament to receive a prestigious Lifetime Achievement award. He met with senators, other dignitaries and with the other Karate Grand Masters who are received awards (4 or 5 other Grand Masters from Okinawa) at a luncheon in Naha.

Kaicho (President) Isao Kise is the President of the All Okinawan Shorin Ryu Kenshin Kan Karate and Kobudo Federation. Kaicho Isao teaches at the Main Dojo, Okinawa City, Okinawa Japan, military bases on Okinawa and has his on Dojo in Okinawa City. Kaicho is the All Okinawan Kata, Kobudo, and Kumite Grand Champion.

Kaicho teaches Traditional Karate, Sport Karate, Sport Kumite as well as full contact Karate. He is a senior judge for tournaments throughout the Island of Okinawa. Kaicho has been training since the age of 4 and was born July 27, 1957. Kaicho believes in hard demanding workouts and trains his students to be champions. Kaicho was promoted to the rank of Juu Dan (10th Dan) on July 17th 2018. 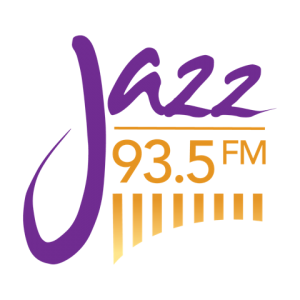 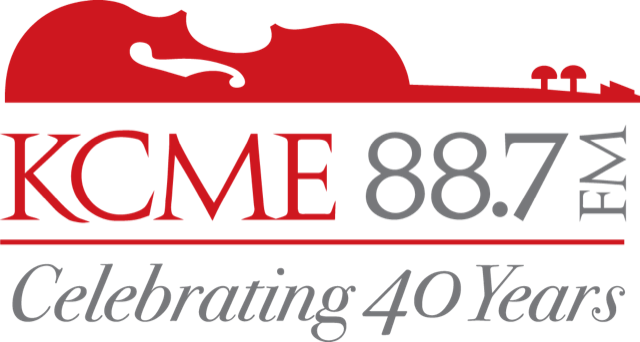 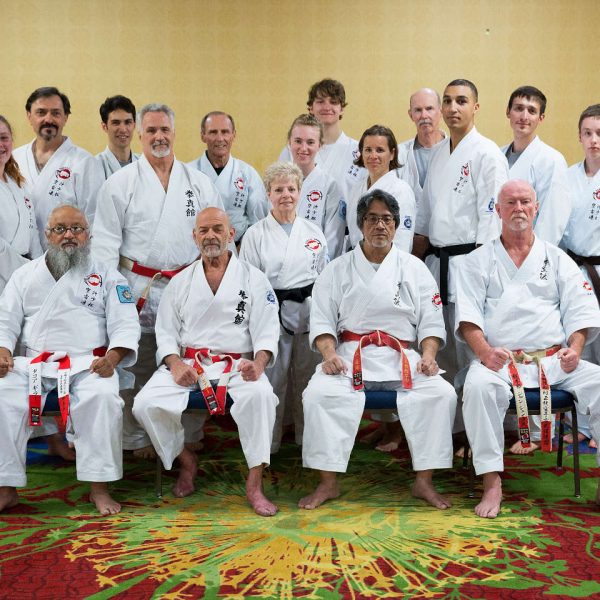 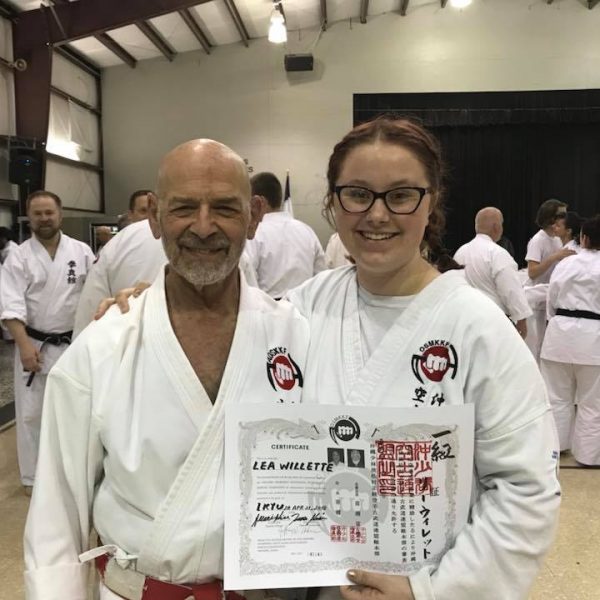 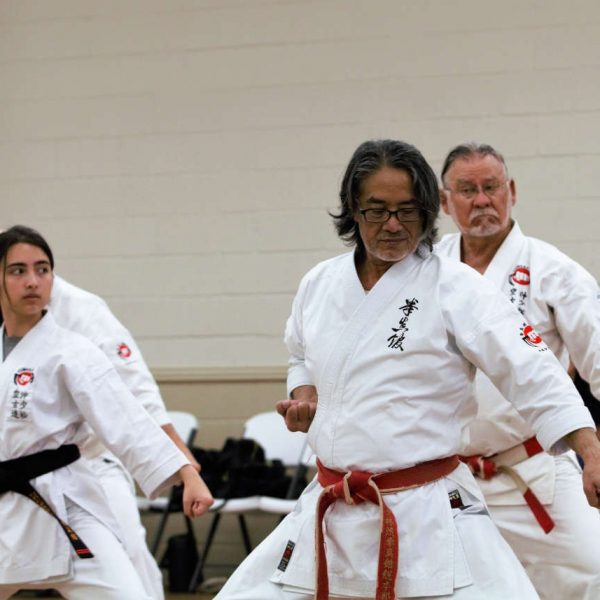 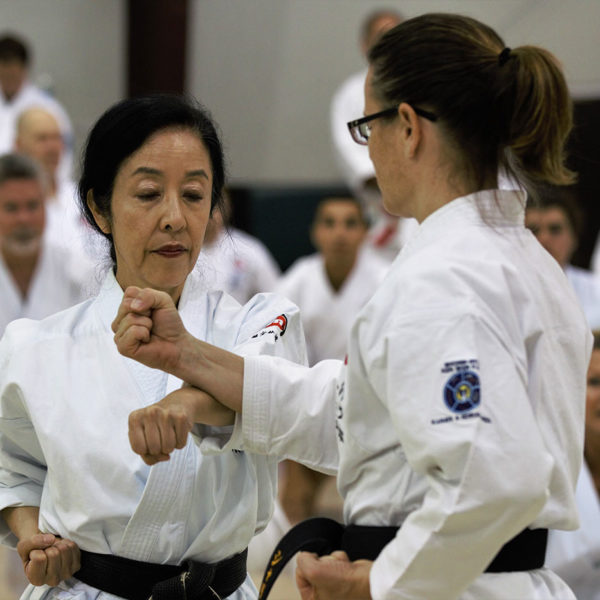 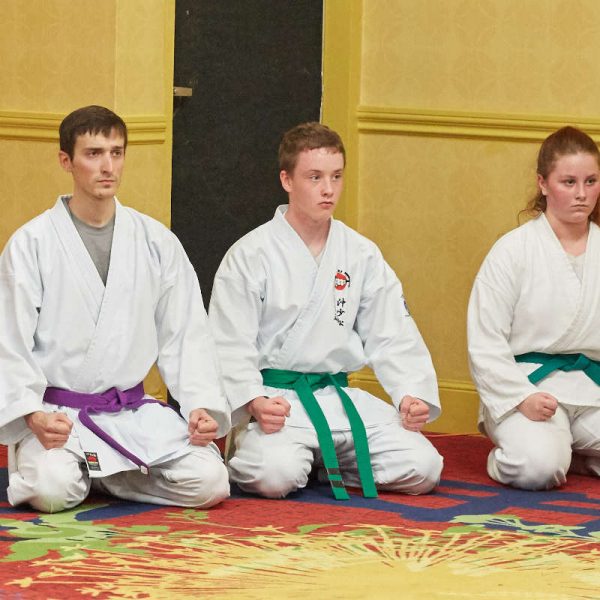 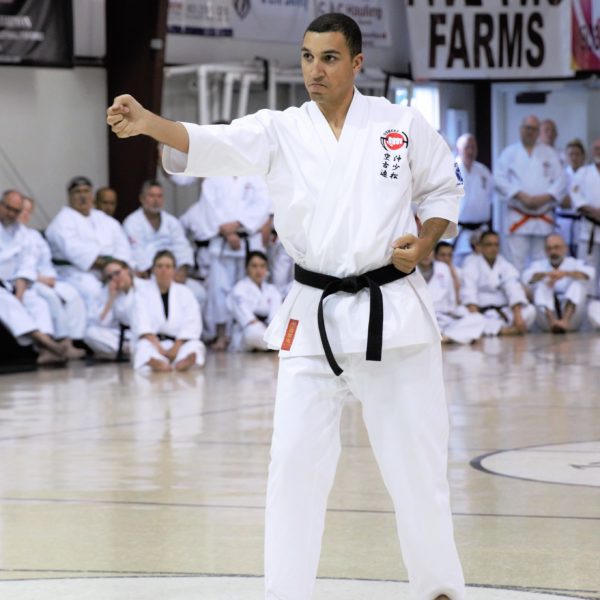 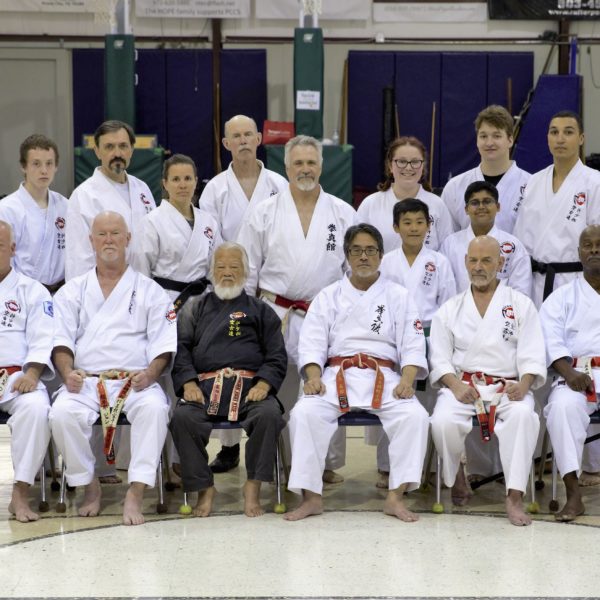 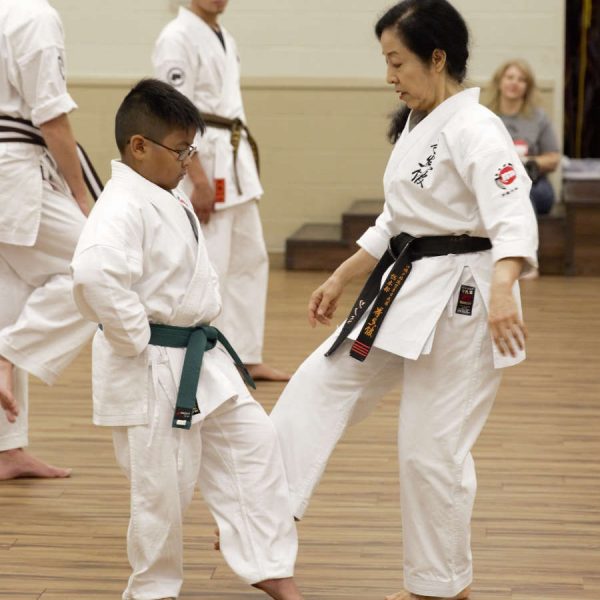 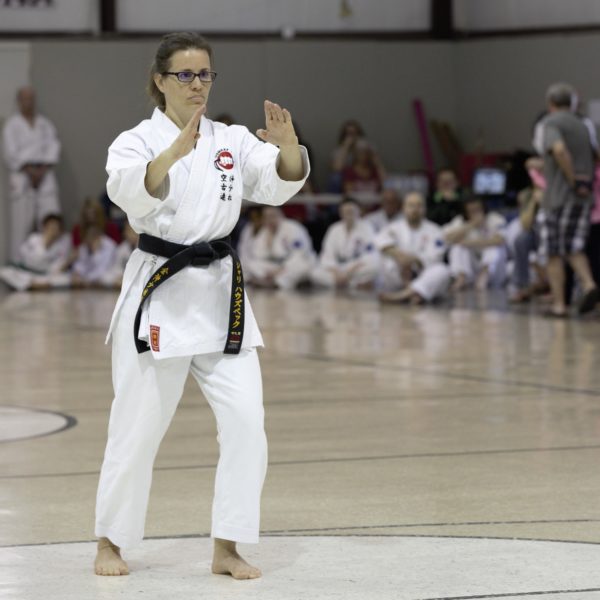 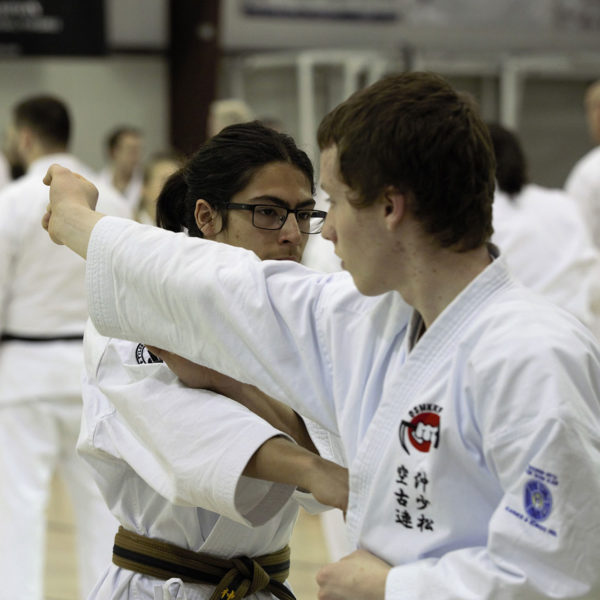 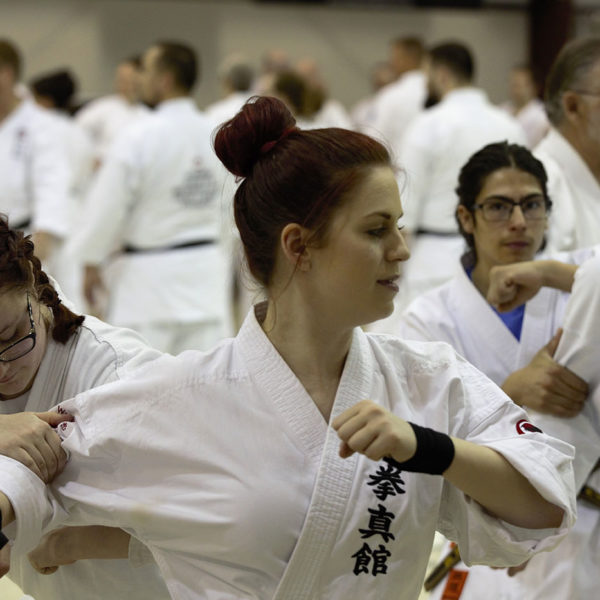 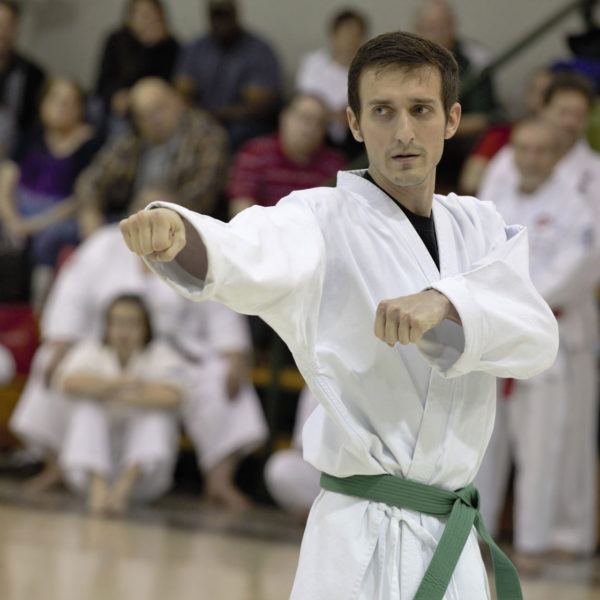