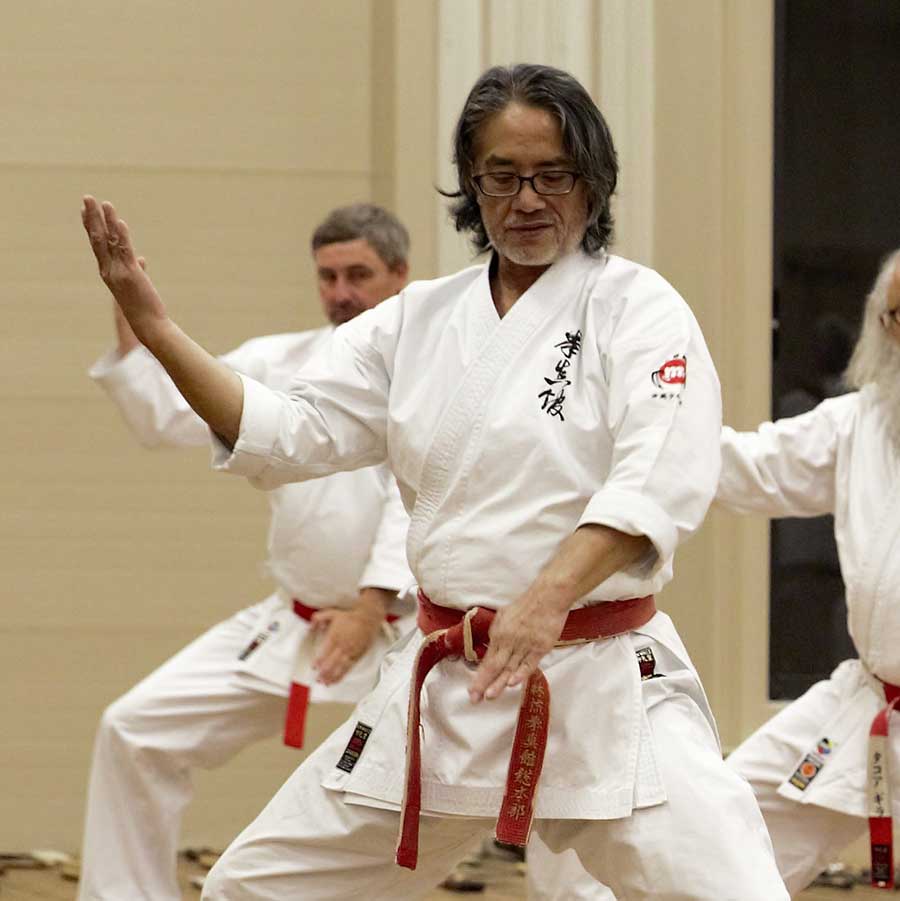 Centeredness or Focus is a general term referring to various areas of Classical martial arts. Depending on the specific style, different theories and breakdowns for study are taught to the students. When all is learned, one must return to the “one thought” or centeredness for success. There are thousands of martial arts techniques, but the base principles are the real key to proper study and training. What works all the time and in all areas of one’s life? These are core principles. If a person simply studies techniques, there is no foundation upon which to set the combat reflexes and there will be a split in focus, which makes it impossible for the martial artist to use his or her technique successfully.

One of the greatest enemies of the martial artist is distraction. Centeredness is the opposite of distraction. It is very difficult to be centered while learning an art, as there are numerous details one must concentrate on before being able to relax the mind to a point where one can be centered and react subconsciously. Once fluidity in action is achieved, then the martial artist can concentrate on key principles and put the combat reflexes on autopilot.

One key principle in centeredness is the notion of the center line, an imaginary line running down the center of the body and cutting the body in half horizontally as well as vertically. Like the site of a riflescope, this process divides the opponent into four separate and distinct quadrants. These lines are not fixed but change constantly as the two combatants move about. It is defined based on the two combatants’ positions relative to each other. This may be in constant flux but allows the martial artist to simply train his or her reflexes based on which quadrant the attack is entering.

In boxing, one must conquer or control the center of the opponent. Having more centeredness or balance than the opponent sometimes does this. It is sometimes done with mind-hit, which can destroy the opponent’s mental balance. All efforts to control one’s balance while destroying your opponent’s balance is imperative.

Ultimately, balance depends on developing and mastering the principles and skills so that one can relax and become centered. Relaxation is required to learn these principles. Once learned, one can find a new dimension of relaxation, which allows one to be truly centered. To have a center in the midst of whirling violence is a characteristic of classical martial arts. As a hurricane has its eye, the sign of black belt excellence is a classical warrior with a calm and peaceful spirit in the middle of a violent self-defense situation.

Centeredness is one of the key components of Martial Arts Mastery.