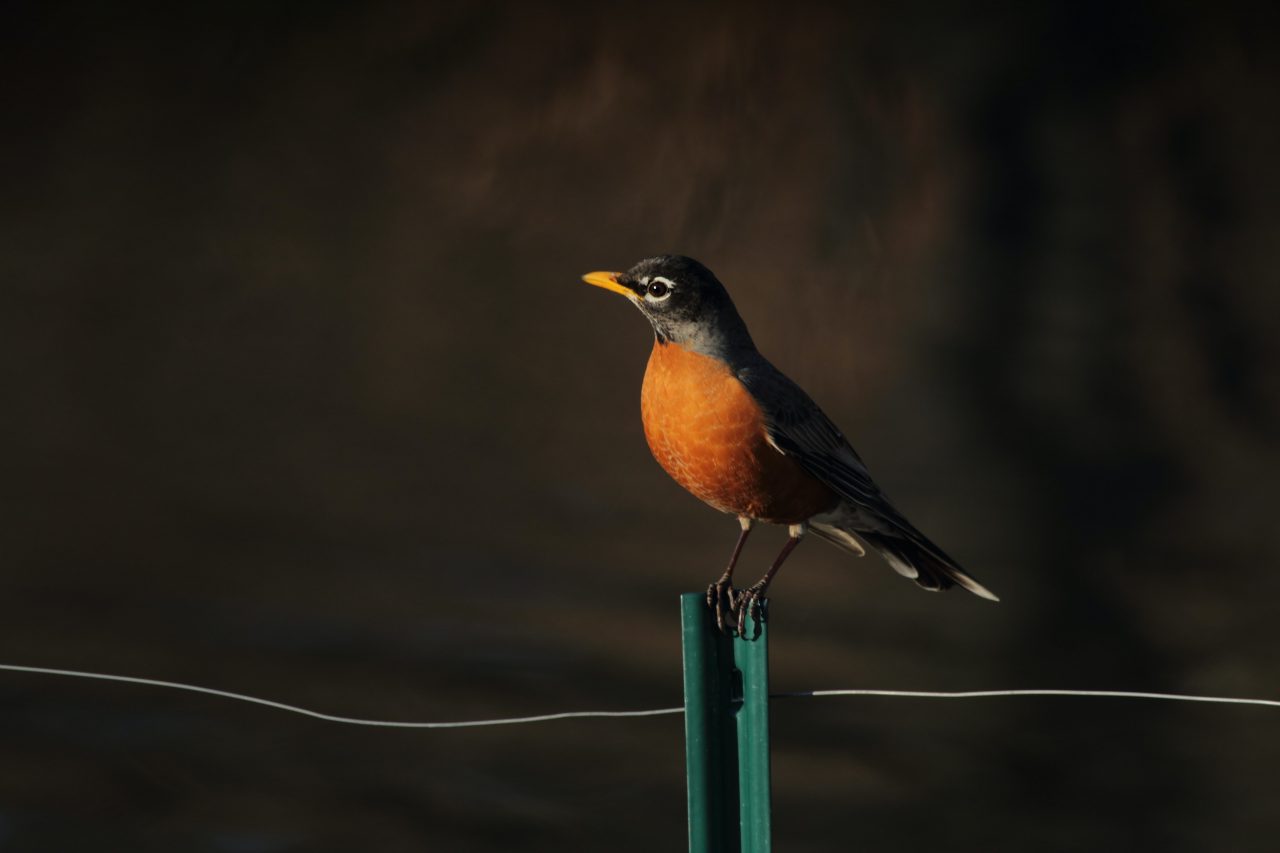 This week, while I was taking a walk, I came across a robin sitting on a rail on a front porch. The front windows of this house had a reflective coating on them that made them look like mirrors and they reflected the beautiful blue sky. This robin, seeing the reflection, flew into the window and then when she found that she couldn’t get through would settle down on the railing once again. The robin would sit for a while and then having a poor memory and ability to process the consequences of her behavior would repeat it. I watched as she tried over and over again, with the same results. Having never witnessed such a display I watched for several minutes but the robin never learned. She continued the same behavior over and over again.

I thought that although this behavior was indeed strange, it is very common with humans. How often do people you know continue the same behaviors expecting a different result.

How many people do you know that are not happy with their lives but continue doing the same old things but expecting different outcomes? They blame their position on bad luck or other people instead of identifying specific problems in their life and doing something about it. They continue with their same old habits and hope that someday they will get lucky.

Practicing the martial arts teaches us how to instantly identify a problem, come up with a strategy to neutralize it and then act. Soon we learn that preventative actions are more effective than responding to an action when it happens, or in other words to be proactive instead of reactive.

When you combine this attitude with the simple concept that all actions have consequences, you can come up with a simple but very powerful strategy. If you are where you are currently based on your previous actions, then if you identify and implement new actions, you can create a wonderful and different future.

The next time you find yourself in a situation where you want to blame someone else for something that has gone wrong, simply try to
identify what actions you took that caused it and change those actions. After all, how many times are you planning on flying into the same window hoping for a different result?

Changing one’s behavior to achieve different outcomes and being proactive are important tools to help us achieve martial arts mastery and a more contented existence.